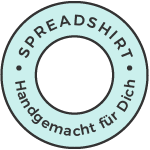 Designer
Marc C. Slootjes
Niederlande
Marc C. Slootjes was born in 1968 in Haastrecht, a small town in the Netherlands.In his youth he started to write poems in Dutch and wrote two youth adventure books at the age of 12. The books have never have been published. Although, a few years ago Marc published two collections of his Dutch poems. At the age of 20 Marc started to write poems in English and later on he also wrote song lyrics. In 1994, Marc was cofounder of the band Aerodrome. Marc wrote the lyrics, did the backing vocals and all of the band's public relations. Marc has always liked drawing and in 1993 he started with oil paint. He didn't like the common style, so he decided not to attend art school because he wanted to create his own style. He was afraid that he would become a duplicate of the teachers. This is when Marc created his “Touch and die painting” style. Touch because he paints with his fingers (no brushes allowed) and die because of the emptiness that he feels after he makes a painting. Soon he had his first exhibition in a bank
Weiterlesen
Design
Das Ritual
Problem mit Recht oder Jugendschutz? Design melden
Die außergewöhnliche Kunst des niederländischen Profikünstlers Marc C. Slootjes
Tags: holländisch, Künstler, Rotterdam, Kunst, Niederlande, Amsterdam, Painter, künstlerisch, Malerei, Holland